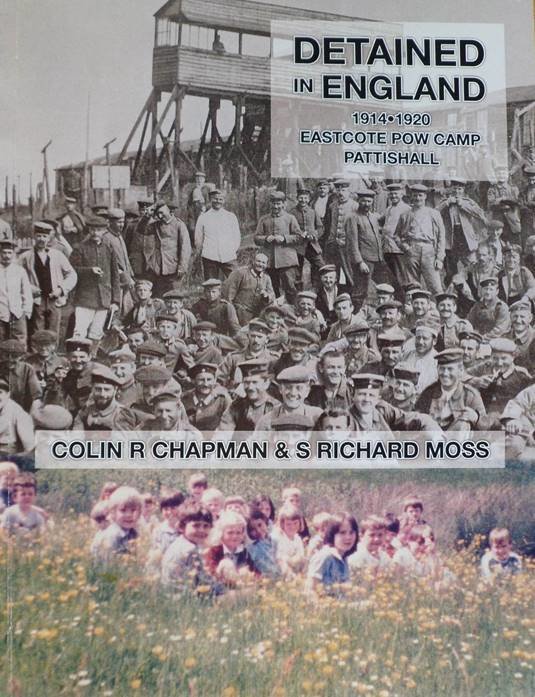 On the outbreak of war in August 1914 Britain interned civilian “enemy aliens” including thousands of men of military age with Germanic surnames. Among these were German members of the National Sailors’ and Firemen’s Union (NSFU) working on British merchant vessels. The NSFU offered to accommodate these men at Pattishall in Northamptonshire. As the war progressed, combatant Prisoners of War, captured by British troops in mainland Europe, were brought to POW Camps opened in Britain to minimise their chances of escaping and re-joining the armies of Germany and her allies. In October 1915 the NSFU handed over to the British Government its facilities at Pattishall, which were developed to hold many thousand German, Austrian, Bulgarian and Turkish POWs over the following four years. In this book Colin Chapman and Richard Moss tell the amazing story of the WW1 POW Camp set in rural Northamptonshire in the heart of England.

Save this product for later